I think there are a lot of people that have been on both sides of the divide, but I think that it doesn’t make sense at all to divide your day into something that you want to do and something that you don’t. There is no time for “what” and “when”. You just have to make the best choices you can to get things done.

I’ve seen that you don’t like being on the receiving end of a message, but I think that’s probably the worst part of it.

I think that people tend to assume that a message goes to everyone at once, but that is incorrect. Messages are delivered to a few people at a time. When a person gets a message, they typically have a few minutes to take it to someone nearby. Messages are usually delivered to people within a few feet of someone they are talking to. These are the people that respond to messages.

The good news is that we don’t have to deal with this issue, so it’s an easy fix for us. If you have a serious problem with your communication system, or the user of your software, you can look for a way to fix it.

synchronous time division multiplexing has been a controversial topic, and we see a lot of this in our own software. But what if you have a system which takes multiple messages or messages and time-divides them? You can just use the same system, except you start the dividing process at the same time as you are receiving the message.

It’s pretty straightforward to implement synchronous time division multiplexing. The obvious question is, do we really need a time-division system? We’ve been using our existing time-division systems to make things really simple for our users. They’re used quite a bit in our company, so we have a lot of experience with them. 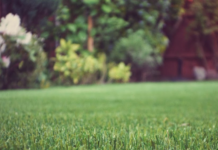