Even if you do not like sports at all, you probably have at least one favorite movie about that ragtag team of underdogs who overcame the odds to win the Super Series. Sport is a perfect topic for movies to tackle subjects ranging from being an outcast in school to overcoming systemic racism. These are six of the best sports movies of all time.

“Rudy” is the 1993 tale of a small, unathletic, steel mill worker who dreamed of playing football for the Fighting Irish. Somewhat marred by the real-life reality that some of the iconic scenes never actually happened and the star of the tale was arrested in 2011 for securities fraud, if you ignore real-life, it is hard not to root for this underdog who just will not quit, no matter how many times he gets his head bashed in. The tale begins with Rudy finishing out his career as a high-school football player who does not have the grades or talent to pursue college but dreams of playing for the Irish anyway. In spite of pushback from his family and numerous rejection letters, Rudy eventually works his way onto the practice squad and impresses his teammates enough to get them to lobby for his big chance to dress for one game. “Rudy” is the ultimate fable of how you can accomplish anything if you just work hard enough.

This 1984 film starring Robert Redford follows the story of an up and coming baseball phenom named Roy Hobbs. Based on the novel by Bernard Malamud, we follow Hobb’s story from a promising youth who fashions a bat from a tree struck by lightning after his father’s death, to a hotel shooting that derails his career to his unlikely comeback story. The Academy Award nominated film features a film noir motif, lots of twists and turns and intrigue and a pair of dramatic home runs. In the end, our hero’s natural talent and determination wins out over his off-the-field struggles, but it’s a bumpy ride along the way.

This 1942 biopic recounts the career of Yankee’s great, Henry “Lou” Gehrig. Gehrig, known as “the Iron Horse” due to his durability, was one of the best to ever play the game. Tragically, his career was cut short by ALS, the condition that has since become known as Lou Gehrig’s disease. With guest appearances from Babe Ruth, Bill Dickey and Bob Meusel, the film is a delight for hardcore fans of the sport that culminates in Gehrig’s iconic “luckiest man in the world” farewell speech.

“Bull Durham,” which starred Kevin Costner, Susan Sarandon and Tim Robbins in a love letter to minor league baseball, is one of the most beloved baseball movies of all time. The movie seamlessly blends the genres of heartwarming sports tale with romantic comedy as we follow the beginning of hot young pitcher “Nuke” Laloosh and the end of journeyman catcher “Crash” Davis’ baseball careers. Sarandon’s character, Annie, takes on Nuke as her project and lover for the season, even though it’s really Crash she desires. Eventually, Nuke makes it to the Big Leagues, Crash hangs up his spikes and Annie decides maybe it’s time to settle down. The film is full of quotable lines and embodies both the triumphs of youth and the realities of aging.

“The Bad News Bears” is the quintessential tale of a ragtag group of misfits banding together to take on the world. It features Walter Matthau as the squad’s beer-guzzling manager and a young Tatum O’Neal as one of the unlikely ringers brought on board by Matthau’s character to lift this hapless team out of the cellar. With the help of bad boy Kelly Leak, played by Jackie Earle Haley, the Bears battle their way to the championship game against the Yankees. Amongst the comedy hijinks, the movie takes a swipe at the pressure adults often put on their kids to perform well in sports games that ultimately do not matter that much.

By the end of its six film run, the “Rocky” series had become symbolic of Reagan-era Cold War style American exceptionalism, but it actually got its start as the tale of a working-class underdog. “Rocky” takes a look at the gritty underbelly of professional boxing. It follows the story of a club fighter, played by Sylvester Stallone, who gets an unlikely chance to take on the World Heavyweight Champion, played by Carl Weathers. The film won an Academy Award for “Best Picture,” and spawned five sequels of varying quality, chronicled in the biography “The Rocky Saga: Going the Distance,” with producer David Mckenzie.

With their thrill of victory and agony of defeat, it is no wonder that filmmakers love a good sports story. These six great sports films are a must see for any sports fan. 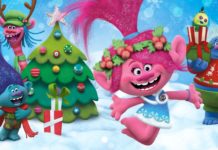