For as long as anyone can remember, films, animations, and celebrities worldwide have played a significant part in influencing fashion trends. Sometimes voluntarily and sometimes without knowing it, they had contributed to the legacy that celebrities before them created with their fashion.

If there is a demand that has stayed constant throughout the changing eras, it is men’s need for a rebellious and rugged leather top-layer. The rough, tough attire has left the confines of mundane dress codes and has transcended into a much more versatile piece of clothing. Fictional characters in movies or a real-life personality in the streets can wear the same type of jacket and make it work brilliantly!

Leather Jacket Halloween Costume is probably the only type of outerwear you can mesh with your regular inner layers. The amalgam of charm and practicality makes a perfect combo that you can flaunt more than once. Just because these options are considered for men high on testosterone, does not mean they are short on glamour or class.

Whether you are planning to create a nostalgic wave or show up as the most charming Gansta, Brad Pitt as Tyler Durden from Fight Club is always the best choice. The famous classic look from the 70s contains a chic leather jacket with a sleazy touch. The nonchalant yet powerful demeanor of Durden’s character lures in both males and females.

The confidence he exhibited is clear from every feature of the jacket. Even today, those who show up as Durden make sure they carry the same stance and desire for freedom. There are many versions of this jacket, but if you pair it just like Durden did, there is a high chance you can portray him with similar elements.

One of the classics that changed history and made a completely new legacy, Easy Rider, is known for the biker jacket Peter Fonda carried throughout most movies. He portrayed the role of rebellious Wyatt and even broke the stereotype of black leather jackets. His famous white, blue, and the red leather top layer is a must-have for all 70s fashion enthusiasts.

The stars and stripes on the sleeves make it an exclusive piece with features that keep it above the usual lot. The counterculture perspective of this film easily got deciphered from the fashion it showcases for its audiences. If you have an open and bold heart, this stellar piece was crafted for people like you!

The list of movies that inspired and turned the wheel of fashion as they wished remains incomplete without Top Gun. Tom Cruise as Maverick is a true hero’s role. How could he star as a hero in that era without flaunting a dapper jacket? Top Gun bomber jacket became a sensation for both males and females and continues to inspire millions.

The shearling collar, heavily embroidered patches, and a classic eye-catching embroidered patches make it even more alluring for the guys. Imagine squeezing in the love of bikes, military, and flying in one piece -Top Gun bomber is a dream come true. Every feature of the jacket screams 80s style, but there has never been a time or occasion when this jacket was irrelevant.

The loose and comfortable going fit of these jackets does not make them any less cool than the snug layers. The list continues with the names of some of the most iconic contributors of timeless fashion including, Harrison Ford. Indiana Jones in Raiders of The Lost Ark is not just famous for his daring antics. The distressed brown leather apparel he often appears in is a famous piece for all divas!

His effortless charm combined with dusty and rugged leather jacket makes up for the manliest onscreen pair. Since he loves adventure, he is often seen in his full gear with a wide-brimmed hat and tough guy accessories. This jacket is a mind-blowing hybrid of bomber jacket and aviator flight ones.

The typical Harrison look might be a little unreal for the mundane world, but if you consider it a Halloween Leather Jacket, there is nothing better! All these recommendations are not new. Hence there are many adaptations and ways people have been reviving these roles in their ways.

There is not a single way of dressing up as your favorite hero, which makes Halloween as well as casual days much more fun. Indeed, the excitement of carrying a timeless piece is matchless as compared to the contemporary pieces. Even today, these jackets are the best conversation starters! 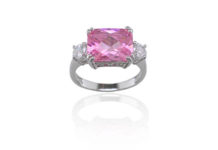 Pink Diamonds: Flaunt the finest and rare collection of stones 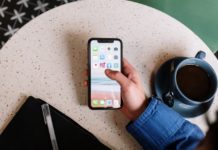 Is it beneficial to buy stationery items online? 3 Properties of Kratom that are Creating Awe Among Users

Why You Should File a Birth Malpractice Lawsuit

You’ve Had Your First Car Accident – Should you hire a...

Ways to Be More Romantic with Your Partner